"Love is the cause of happiness.
Its nature is all-pervasive like space.
Love is the sunlight of the mind."
~ Garchen Rinpoche

Meditations from the Vijnanabhairava Tantra

Mindfulness, Presence and Inner Strength. The Confidence of Resting in Emptiness 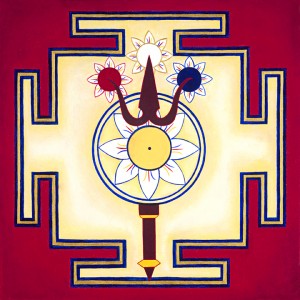 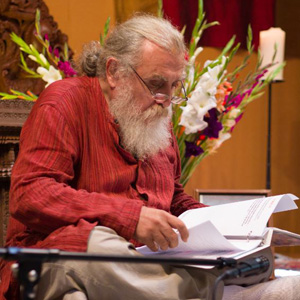 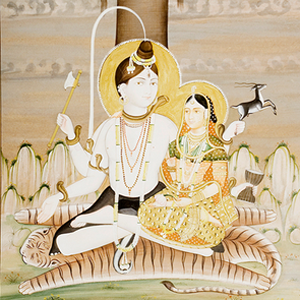 “Fix the mind wherever the mind finds satisfaction. It is there itself that the divine nature of supreme bliss arises.” Vijñānabhairava, chapter 74

Using the Vijñānabhairava Tantra, music and mantra chanting, Markji will guide us on a journey through the nature of divine consciousness according to the ancient tradition of Kashmir Shaivism.

This class is highly recommended for anybody who wants to deepen their understanding of meditation, yoga and the spiritual path at large.

The Vijñānabhairava Tantra, “the Bhairava of Insightful Consciousness,” is a special sacred text entirely concerned with meditation. Through a dialog between Lord Siva and the Divine Universal Mother, it presents 112 meditations that cover the domain of our being and experience.

The Vijñānabhairava directs us to realize the supreme awakening of divine consciousness in many wonderful ways. Guiding us to enter the Heart of Absolute Being, outpouring everywhere, the Vijñānabhairava invites us to experience the dawning of consciousness free of thought, the attainment of the one who cannot be contemplated, the supreme good fortune, the tranquil Light and the Supreme Goddess.

The Vijñānabhairava teaches us that the result is often in consonance with the practice. For example, spiritual bliss and merger of the mind into consciousness may take place through intensely pleasing experiences by reflecting on their essential nature as manifestations of the inherent bliss of the ultimate reality.

The foundation of such practices is to experience that the one blissful reality, which is Deity, is everywhere, pervading the world as it does the body. Experiencing that, the yogi becomes supreme bliss and experiences it in union with the bliss of passion and the spiritual bliss of making love or when seeing old friends or eating and drinking and enjoying music and the like. By that bliss the mind dissolves away, the Goddess manifests as does one’s own essential nature and its supreme pervasion. The illumined mind attains supreme plenitude, peace, and dissolves into tranquility. The yogi thus attains freedom from negative mental dispositions, enters the stream of the divine current of the flood of consciousness and becomes Shiva.

Some of the main domains of practice covered in the Vijñānabhairava are:

During the five-day workshop, Markji will teach and guide practices on selected meditations from these themes.

“When the mind of the yogi is one with the unparalleled joy of music, he is identified with it by the expansion of the mind that has merged into it.” Vijñānabhairava Tantra

As the Vijñānabhairava teaches, music can serve as a means to heighten our consciousness. Mantras and music are higher forms of language. Above the sphere of mind and the language of thought, music communicates and fashions the universal forms within universal consciousness that inspire and give meaning to those below in the sphere of consciousness where communication is worship, and the worshipper offers himself to the Divine, his own true nature. Here the mind of the yogi, one with the Mantra and music, freed of the constraints of thought merges into the expanse of consciousness.

(For Mark’s full biography on his own words click here)

Dr. Mark Dyczkowski is one of the world’s foremost scholars and leading authorities on Tantra and Kashmiri Trika Shaivism. Both a scholar and a practitioner, he was initiated by the great Indian teacher Swami Laksmanjoo in the year 1976. He has lived and worked in India for close to forty years. Currently he lives in Varanasi on the ghats of the Ganges where he teaches students on Kashmiri Shaivism and practices music.Dr. Mark Dyczkowski has an undergraduate degree from Banaras Hindu University and a Ph.D. from Oxford University. He has published extensively including: The Doctrine of Vibration, The Shiva Sutras, A Journey in the World of Tantras, and the 12 volume Manthanabhairava Tantra. He is affiliated with several major academic institutions in India and has lectured in Universities in Europe, the States and India. He is also a well-known sitarist. Since the mid 1970s, has given public performances in many countries in Europe, Asia and the Americas.

Schedule: (It’s possible to attend part of the workshop)